The Ratification of the ILO Convention 190 and its Recommendation 206 aim for women to be able to work in an environment free from violence and without being harassed. Bolivia wants to be the third country in Latin America that ratifies this agreement and favors the labor rights of its citizens, especially its citizens. The Forum «For a Decent Work, Free of Labor Violence» Road to the Ratification of Convention 190 organized by the Platform against Harassment and Violence in the World of Work served to demand that the authorities commit to direct and promote the ratification of Convention 190 and its Recommendation.

Ratification of the ILO Convention in Bolivia

This meeting featured a presentation by international specialists such as Marialaura Fino, Specialist in International Labor Standards of the ILO Andean Countries Office and Milagro Pau, Secretary of Gender, Equity and Sexual Diversity of the Inter-Union Plenary of Workers – National Convention of Workers (PIT-CNT) from Uruguay; and the intervention of public sector authorities such as Grisela Vásquez, Head of Gender at the Ministry of Labor, Employment and Social Welfare, and Claudia Peña, General Director of Gender of the Ministry of Justice. Both authorities expressed and recognized the importance of the ratification of Convention-190.

«From the Ministry of Justice we will support awareness events, training so that the fight for the recognition and punishment of workplace harassment can be part of the common sense not only of the female workers, but also of the male workers», Claudia Peña.

Platform against Harassment and Violence in the World of Work

In 2020, the Covid-19 pandemic has exposed the inequality in which women live. Increased levels of violence and increased attacks on women workers in different labor sectors. The Platform questions these unacceptable practices of violence and harassment, and they are convinced that the ratification of Convention 190 is of vital importance not only to help many women to face the difficulties represented by their entry and stay at work wage earner, but can contribute to saving women’s lives in the face of the existing social spiral of gender violence.

The 108th International Labor Conference adopted Convention 190 and Recommendation 206 on the elimination of violence and harassment in the world of work, international instruments that help prevent and eradicate this structural scourge. Bolivia was one of the 439 delegates who voted in favor of the approval of Convention 190, thus contributing to the historic adoption of an international standard.

As a result of this commitment by representatives of various sectors of the country and women’s organizations and support institutions, and representatives of government bodies, the Plataforma contra el Acoso y Violencia en el Mundo del Trabajo de Bolivia (Platform against Harassment and Violence in the World of Work in Bolivia) was established in May 2019, with the aim of fighting all forms of violence, especially workplace violence.

Our work in favor of decent work and free from violence

Alianza por la Solidaridad-ActionAid Bolivia, is member of the Plataforma contra el Acoso y Violencia en el Mundo del Trabajo and is creating spaces to facilitate the articulation of actions in favor of the fight against workplace harassment in the world of work and the ratification of the Convention 190. 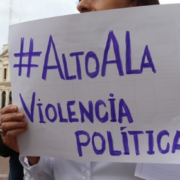 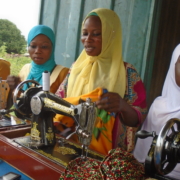 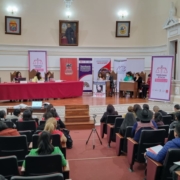 Trade unionist women in Bolivia, a story of continuous struggle